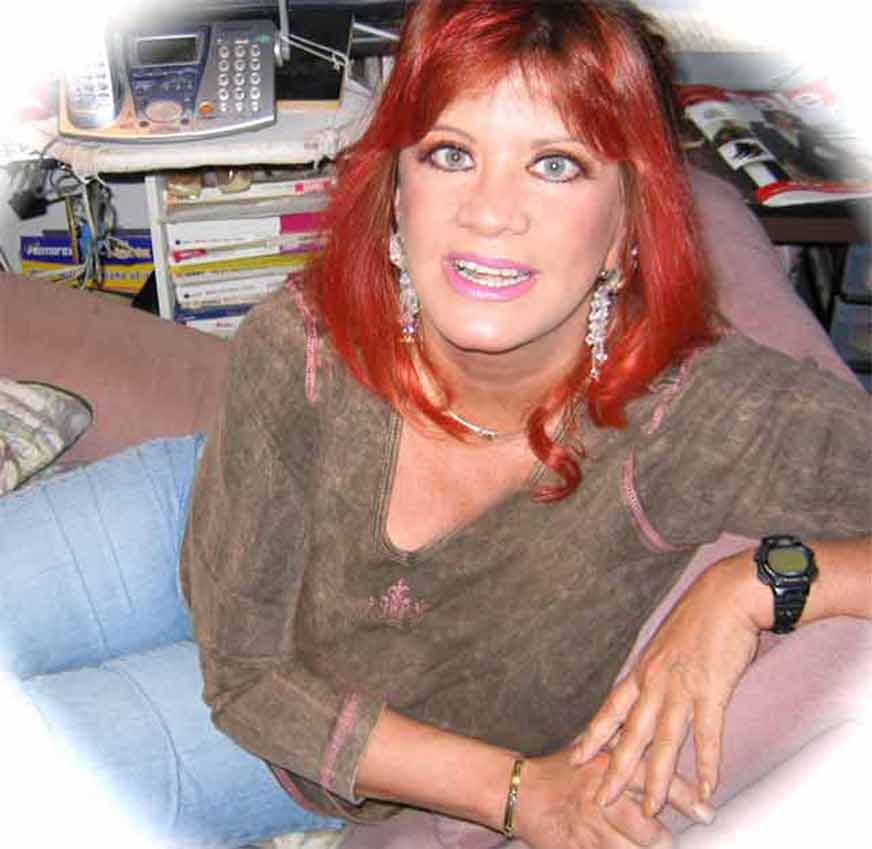 Click here to go to the ISWFACE Front Page

Norma Jean Almodovar - the author of the best-selling book, Cop to Call Girl - is now the Founder and President of The International Sex Worker Foundation for Art, Culture and Education (ISWFACE). She has been active in prostitutes' rights groups since leaving the Los Angeles Police Department in 1982 and has been interviewed by over 300 radio, print and television outlets (including CBS's 60 MINUTES and ABC's 20/20).

ISWFACE (pronounced "ice face") is a Sex Worker- created/operated/managed non-profit organization. Former Surgeon General Dr. Joycelyn Elders heads the Academic Advisory Board. Among the foundation's goals are "to share the many artistic sides of sex workers from around the world and to create an international database (website) of information about prostitution that is available to health service providers, law enforcement officials and to the general community."

ISWFACE houses a collection of art - created by and about sex workers - from the 19th century to the present day. It is a collection that continues to grow in preparation for the first Multi-Media Cultural Exhibit that will open for one month in the Fall of 1999, at the Gershwin Gallery in New York City. The exhibit will travel to major cities around the world, with a projected two exhibits per year.

Born in Binghamton NY, Norma Jean migrated to California at the age of 18 and joined the L.A.P.D. as a civilian traffic officer in 1972. Assigned to "Hollywood Division Night Watch" for most of her career, she became disillusioned by her co-workers "corrupt activities" and, after 10 years on the force, decided to change her profession. She made a strong social statement by becoming a prostitute - a career she calls "far more honest than working for the police department."

On September 17, 1983, Norma Jean's Cop To Call Girl manuscript was confiscated by the L.A.P.D. and she was arrested on a (set-up-by-the-LAPD- see newsclipping below) felony charge of pandering. She was convicted of the charge and spent the mandatory 3 year sentence as an inmate in the California Institute for Women. (continued on reverse) Norma Jean Almodovar Biography Page Two/Two

In 1984, Norma Jean was named the Executive Director of the Los Angeles division of C.O.Y.O.T.E. (Call Off Your Old Tired Ethics), a prostitute's rights organization. In 1986, she received the endorsement of the Libertarian Party for her bid for Lt. Governor of California and, although she didn't win, she made an impressive showing of over 100,000 votes. In 1987, she was given an award by "Outstanding Young Women in America" in recognition of her political activities on behalf of women. In 1993, Cop To Call Girl was published by Simon & Schuster and in 1994, Avon published the paperback version. In 1995, Norma Jean was an official NGO (Non-Government Organization) delegate to the UN Fourth World Women's Conference in Beijing, China. She co- chaired and organized The 1997 International Conference on Prostitution (ICOP) with California State University, Northridge and was a delegate to the 1998 World AIDS Conference in Geneva in June.

Norma Jean Almodovar continues to lecture on the college circuit while she performs her day-to-day duties as President and Chair of The Board of ISWFACE. She devotes any spare time to writing, designing jewelry and sculpting and is happily married to her husband, Victor, for over 34 years. They live in the San Fernando Valley area of Los Angeles and have no children.

This bio page was provided by www.normajeanalmodovar.com and is for informational purposes only.